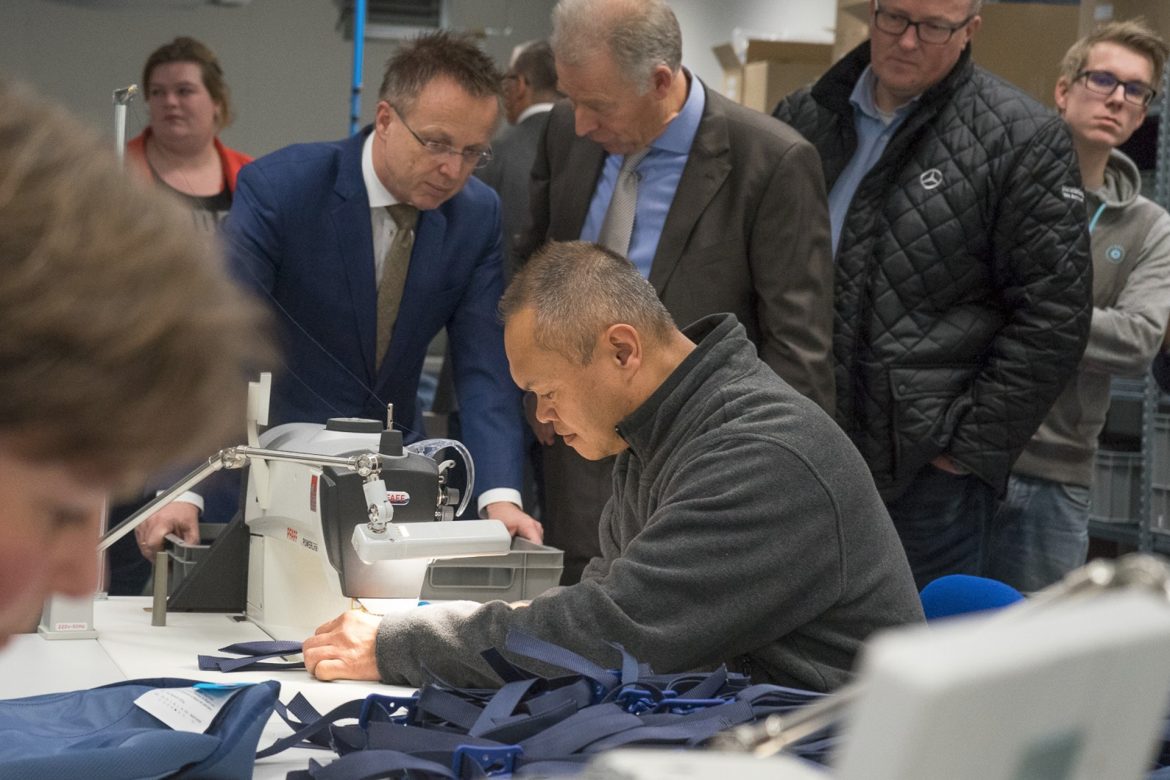 Donald is a 55 years-old citizen of Groningen and father of one son. “I could hear when I was born, but I developed jaundice when I was 3, becoming 100% deaf as a result. I can speak, but it is somewhat difficult.” Donald attended the De Guyot school for special education in Groningen. This school offers, among others, education to children who are deaf and functionally deaf. When he was 18, he got his MAVO 3 diploma. Since 1982, Donald started working in an atelier in Veendam through Iederz.

Iederz (social employment) is an organization that is committed to offering work via a sheltered company to people who have a large distance from the job market or to recommend them through mediation and coaching to, for example, regular companies. Iederz is looks for possibilities rather than limitations. “I have done a little bit of everything and worked in various departments within various social workplaces. Micro, accounting, water board, data entry, small bookshops, Iederz clothing and at a sewing atelier in Veendam.”

“Since April, 2016, I have been employed by United Care. I ended up here via the seamstresses Hennie Jongeling and Sietske Harms .” Since January 2016, United Care has a subsidiary named UniQare Quality Slings. UniQare is an organization that produces slings at its own production company in Groningen. The organization, founded in 2016, makes these products for people with reduced mobility to support independent living and working.

The slings can be used in combination with lifting and transfer tools of United Care. People with an above average distance from the job market start at this subsidiary of United Care, committing themselves to people who need care. And this works both ways. “I work a couple days downstairs at the production of United Care and a couple of days upstairs in the atelier of UniQare. Downstairs, I mainly work with men and upstairs I mainly work with women. And I like this just fine.”

What is your ambition?

Donald is described as an eager to learn hard worker who does not complain. “I want to learn as much as possible. My work gives me great pleasure, a place to be every day, being busy with something meaningful, but above all else participating in society and being part of a ‘real’ company.”

By continuing to use the site, you agree to the use of cookies. meer informatie