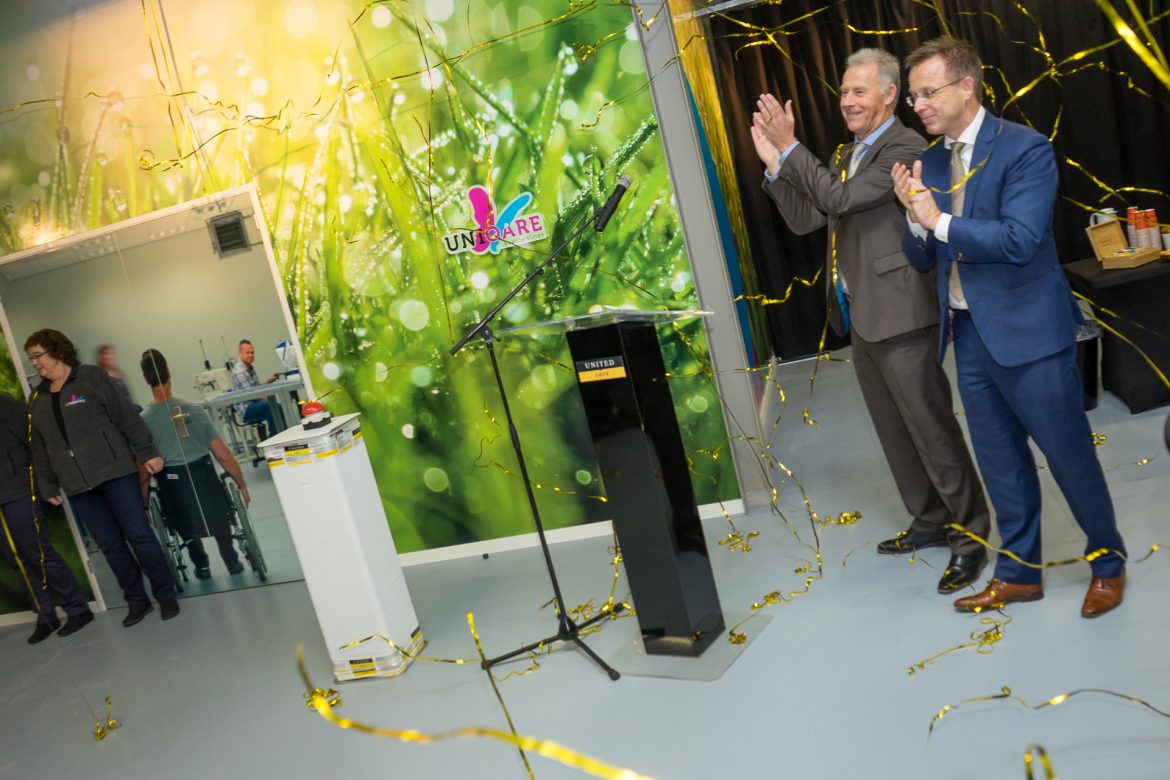 GRONINGEN – “A passionate, innovative and social company.” With these words today, the King’s Commissioner René Paas officially opened the brand-new Groningen-based company UniQare Quality Slings. People with an above average distance from the job market start at this subsidiary of United Care. There, they produce slings for the tools produced by United Care in Groningen.

Paas said that he was proud for being able to brag a little to the country every now and then about the innovation climate in ‘his’ Groningen: “I know the parent company United Care as a very social company that comes to the rescue when people are at risk of becoming victims of circumstances. We trust that the subsidiary will resemble the parent company in every way.”

People with a distance from the job market who commit themselves to people who need care. You can rightfully say that this works both ways at UniQare Quality Slings. Work on this latest innovation has been ongoing within United Care for almost a year. For this, the company had a small financial push in the form of provincial subsidies. “A little bit of help for an extremely positive development”, said Paas.

UniQare is for and by the people of Groningen. Because the company locally produces slings that the parent company United Care has been importing from abroad up until now. That is good for the regional economy, contributes to the reduction of transportation kilometers and is, therefore, sustainable. Furthermore, the parent company United Care has its roots for 100% in Groningen.

“From the point of view of employment in the province of Groningen, we want to minimize our import. The production of our own intermediary products is good for employment in the province and especially for people who have difficulty finding a job”, says the director of both companies, Jan Stevenson. “For this last target, we have in the meantime built good relationships with EIA, Social Services and the social sheltered employment agencies Iederz and Fivelingo.”

Both companies also want to transfer the purchase of raw materials – to the extent possible – to companies in Northern Netherlands. Stevenson: “This gives an extra spin-off for the regional economy and employment.”

By continuing to use the site, you agree to the use of cookies. meer informatie